At this point of time I am not completely sure what is my biggest issue with Blink XT, wifi issues or support provided. Each one deserves it’s own chapter.

But lets begin with Wifi. I have 5 blink xt cameras with full wifi bars. Also excellent connectivity to sync module.
Once in a while cameras unable to live stream (or to make recording after motion detection). Later (maybe next click, maybe 5 minutes later) they will work. At any given time some cameras are working and some might not.

As background for this: networking is my job for past 20 years. Systems that I wrote run in telecom operators. I have at home network setup that works perfectly for other 50 devices, out of which 35 are wireless and include not only “usual” stuff but also a few ip cameras that more then half a decade old, robot vacuums, sensors, terrarium (it can stream video from inside without problems) and automatic cat toilet (no video streaming in this one, if you wonder).

Out of all this zoo of devices the only thing that doesn’t work it’s security cameras by Blink. Kinda ironic, ain’t ?
As support (both phone and email) was less then helpful I decided to try to figure out issue myself. It looks like sometimes, from some reason Blink cameras can’t complete three way handshake. In other words it wont answer to SYN-ACK sent by blink server and will just keep on sending SYN till it gives up.

Is there any chance that there is anybody in Blink support (or maybe engineering) who knows what is three way handshake and interested in troubleshooting the issue ? I guess I am not the only one with random wifi issues based on reviews or community boards.
As of now I am trying to decide, should I go and buy cc3100r1 evaluation board upon which Blink XT is built and debug issue myself and then send solution to Blink R&D or go and buy Arlo setup, because I kinda gave up on support.

Which brings me to support issue: it’s worst support that I ever had. I am not sure if they are told to lie to the clients by generic script or they improvise on spot, but such amount of nonsense i didn’t receive even from comcast.
I went through few “troubleshooting” processes which included installing app on my phone that made network tests and some that wasn’t including it. Feedback that i got is that I have multitude of issues in my networking including

Maybe this kind of random mix of words acceptable for somebody who has no clue how things are working but the assumption that it’s possible to communicate to client in such way is frankly insulting.

What happens if you turn off/disconnect all the other devices on your network and just run Blink devices only?

So when I ask what happens when Blink is the ONLY thing running on your network, the techie people reply back to me…I am God’s gift to networks. You gotta be F-ing kidding me. Well truth be told, I had one guy actually follow my advice and BAM, magically his Blink items worked.

So you being a network tech, start over. Use a new router. Reinstall the mobile app. Have blink the only thing running on your network. Now do you still have network conflicts? Go back to basics. Use the KISS method. Get Blink running stable, then add on the other goodies to your network.

Why? because with 50 friggen devices on your home network, believe me, Blink techs are not going to find your problem. 50 devices is absolutely ridiculous. That’s an experimental test lab contest. Blink was tested and designed so idiots like me could do a self install on a home network that is minimal.

You bought an entry level product at an entry level price. Then you ■■■■■ because it wont run on your Dr. Frankenstein setup. OK you’re a 20 year telecom tech with more damn money and experience than you know what to do with. Yes you are smarter than Blink tech support. Yes you’re gods gift to networks. Yes you proved that Blink wont run with a bunch of network conflicts.

OK smart guy, report back to us all what happens when Blink is the only thing running on your network. .

Does Blink detect this kind of motion?

Here is the problem in my own opinion and it is only an opinion so check your emotions at the door.
Blink system was not tested not was it designed to run with smart home devices, nor a bunch of
other devices on a typical home network.

On box of blink there is nothing that states “should be deployed on pristine wifi network”.
Also in general, there is nothing to design in blink to run with other devices on network.
This is the way that WiFi is designed: to work with many-many other devices on same network and on other networks that occupy same channel.
If blink fails to work in those conditions it only means that blink/TI chip that it based on is buggy.

And as i stated before, I know what is problem. 3way handshake that blink can’t complete, because, it’s most likely, buggy.
And it has nothing to do with “bunch of network conflicts”. Because it’s not how Wifi is working.

Does Blink detect this kind of motion?

As everybody know, yes. Just not the first 5 seconds

3way handshake = communications = network problem/conflicts/errors. Granted I simplified it as I am not a network tech. However, I know damn well the answer to the solution I gave you to try = Yup now Blink works.

Blink has no guarantees that it will work with every network situation. That’s why they have their warranty and return policies. There is quite a difference between a pristine network and a 50 device network.

I also know Blink tech support is filled with wrong guess amateur land rookies. There are a few good ones in the mix also. However, none of the Blink staff is going to get into specific design detail, how it works, known bugs, etc. on a public forum. They sure as heck wont talk about reverse engineering results to a highly tenured network/telecom tech.

For those of you that want to rip things apart, do reverse engineering, pound on it to find bugs, yada yada, you’re on your own. Blink wont confirm or deny when push comes to shove. The best you can hope for is a private offline conversation with one of their engineers.

Oh ya, Good Cisco video on 3way handshake. This chit is way over the top for 99% of Blink owners. Who cares! Go buy Arlo, Ring, Nest, Samsung, Lorex, etc. They all have their bugs and complaints in some kind of online forum. 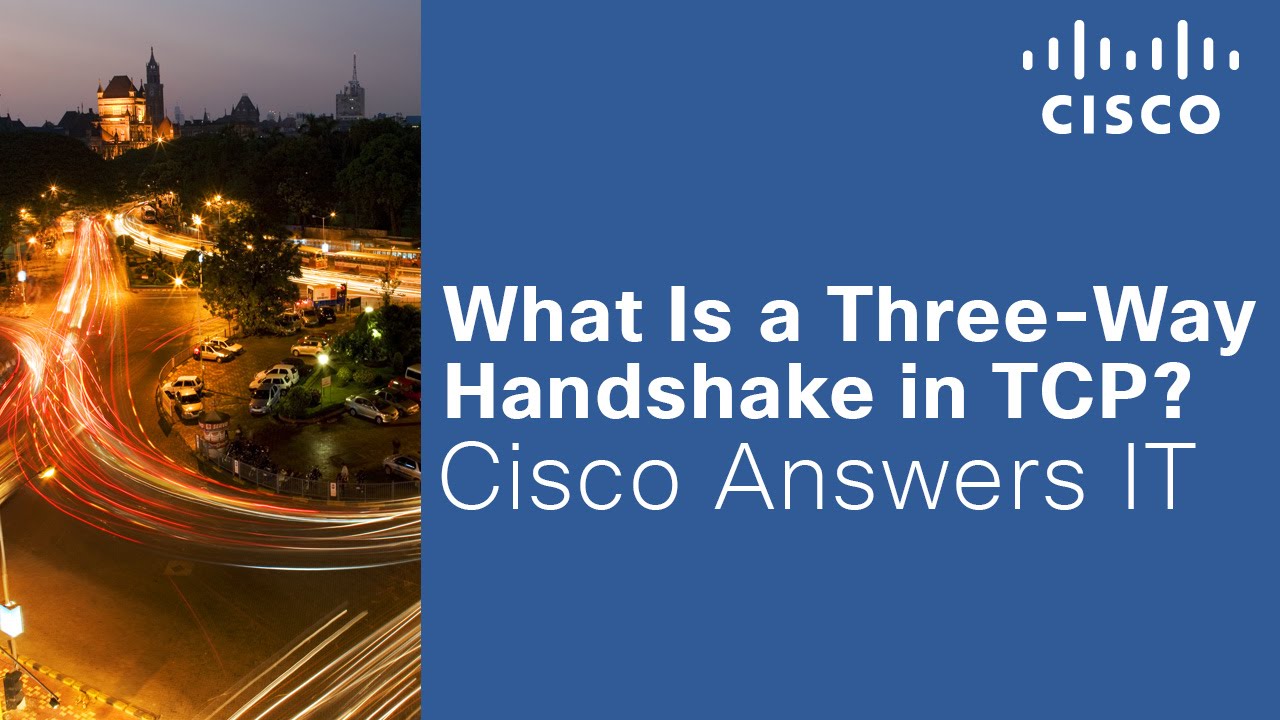 in this case bugs in blink because he doesn’t respond the way he supposed to. nothing to do with network.

entry level doesn’t imply absence of responsibility for quality of the product. also it doesn’t excuse absence of any normal support, support that lies to your face or ability to escalate issue to somebody who is able to actually deal with problems

You can justify your case anyway you want. However I already confirmed what I already know…it will get you nowhere.

OK Buggy I’ll make you feel better.
Use the search function and type in “time for a reality check” read it and weep.

I have seen similar issues, Blinks network implementation is essentially crap.
If you have a 2.4 & 5 network running side by side so that devices can pick their best option (so same SSID and PW) your sync module WILL disconnect eventually and you will NOT be able to get it to reconnect (no amount of resetting will help which tells me their reset isn’t really a reset, again a fail on Blinks part).

Blink ONLY works on a standalone 2.4 network. Blink has gone cheap on their network chip in a way that WILL fail in most modern wifi households (as this blending of frequencies is the default out of the box for most new routers).

This happened to my system after 1 yr, so now what do I do to get things reconnected?

I have seen similar issues, Blinks network implementation is essentially crap.
If you have a 2.4 & 5 network running side by side so that devices can pick their best option (so same SSID and PW) your sync module WILL disconnect eventually and you will NOT be able to get it to reconnect (no amount of resetting will help which tells me their reset isn’t really a reset, again a fail on Blinks part).

Blink ONLY works on a standalone 2.4 network. Blink has gone cheap on their network chip in a way that WILL fail in most modern wifi households (as this blending of frequencies is the default out of the box for most new routers).

My problem is/was that all of the cameras and the control module would show excellent connectivity, but I couldn;t watch anything, they allways timed out. Here’s what I have found, Xfinity routers do not enable the “b” radio on their 2.4G network. When I went into XFI and changed it from 2.4gn to 2.4bgn, All of a sudden everything started working with no issues since. 802.11b was the original 2.4G network, why the b radio is not enabled by default on Xfinity wireless routers is beyond me.

One of my cameras stopped connecting to the module while my other two where able to connect, use wifi, and send/recored picture and video. I am a software engineer so I am not completely inept when it comes to the technical spectrum of devices. Would someone please send me the number for Blink customer support to send me a new camera because of some most likely solder or connection corrosion leading to an inability for the camera to work as it should/and was paid for. The mobile interface for the blink website could really use an update…

Contact info, including phone numbers, is in the app.

All these amateurs responding here think they already know everything about your issues and only respond with condescending, rude excuses for the subpart product performance because “you should’ve spent more money on a quality produce”. You won’t find any real help here.

… and yet you started another post asking for “amateur” help. I think you just like to argue. LOL If you would take a deep breath and calm down you will find that this a generally friendly helpful group. Really, give us a chance! LOL Bear in mind that this is a user to user forum and while Blink was very active here at one time they no longer are.

I didn’t ask anyone for help in either one of my posts. Like I’ve said several times now, I only posted my personal experiences and opinions.

As for “generally friendly and helpful group”. [quote=“Joel_Ek, post:2, topic:8655”]
So when I ask what happens when Blink is the ONLY thing running on your network, the techie people reply back to me…I am God’s gift to networks. You gotta be F-ing kidding me. Well truth be told, I had one guy actually follow my advice and BAM, magically his Blink items worked.
[/quote]

Does this sound friendly or helpful?