I have two sync modules. They are named Blink Indoor Sync and Blink Outdoor Sync in my list of router devices. I have two XT cameras connected to my outdoors sync and three (2 are XT) connected to the other sync device.

I note though that my WiFi network shows ADDITIONAL devices (so far three) attached to my router which appear to be related to Blink. They appear and disappear aparently randomly. They are entitled XXXXXX-mysimplelink where XXXXXX is a long hexadecimal number.

They are not an external device connecting to my Network which is secure.

They only appeared when I installed Blink.

Mac address says they are built in to a device manufactured by Texas Instruments and is used by, from Google searches, DoorChime systems developed by Blink competitors as a for instance.

It is also integrated in to Amazon Web Systems. I quote from the link below:

“Enabling developers to quickly and securely connect Internet of Things (IoT) endpoints to the cloud, Texas Instruments (TI) (NASDAQ: TXN) today announced the integration of the new Amazon FreeRTOS into the SimpleLink™ microcontroller (MCU) platform. Amazon Web Services (AWS) has worked with TI in the development of an integrated hardware and software solution that enables developers to quickly establish a connection to AWS IoT service out-of-the-box and immediately begin system development.” 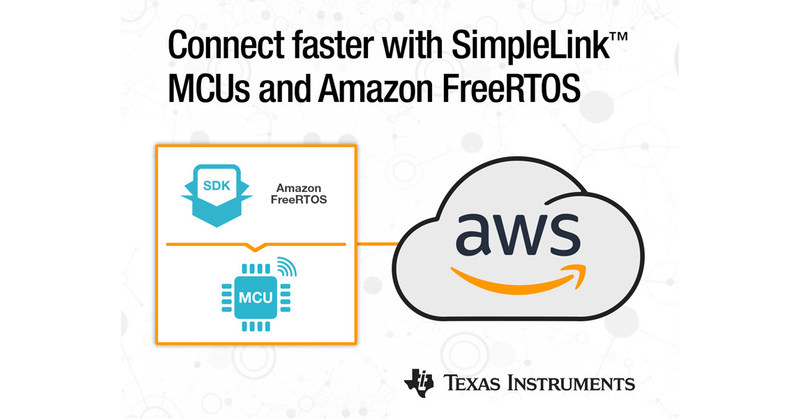 Texas Instruments announces integration of its SimpleLink™ MCU platform with...

and as Blink is an Amazon device I think it is highly likely that it is in Blinks systems.

Blink Technical Support are next to useless - They seem to google when they run out of Template answers or quote my info back to me.

Any idea what these devices are and what purpose they perform?

From my experience using Google WiFi, the “SimpleLink” appears when you are viewing the camera live. I’m assuming the cameras only connect to WiFi when using live view or a motion activated recording is generated, besides that the cameras do not show up in my device list. So “SimpleLink” are the individual cameras themselves, but only show up when transmitting data.

If it helps to confirm, this appeared in my router’s device list, when I just initiated live view.

Thanks. I had foolishly assumed the cameras connected to the sync device to move data through the network but of course the app does show a camera Wi-Fi signal strength!

The number preceding “mysimplelink” is the camera’s MAC ID number. I had changed the name of my camera in the router connection, but it is again showing as (MACID)-mysimplelink so the camera apparently disconnects and reconnects as needed.

I recently started having “XXXXXXXXXXXX-mysimplelink” appear and disappear on my list of network wifi devices in my router. I am not sure what this is. I do not own a blink/amazon camer. So I disabled it on the router, all of my other smart devices still work. What could this be? Rather than assume the worst and get up in the ceiling and start looking for hidden cams, could “XXXXXXXXXXXX-mysimplelink” come from another device with maybe a similar chip? It says Texas Instruments ID.

Could be a number of things. Devices can have multiple access points.

Rather than tearing the insulation out of your attic, just change your wifi password.

Sorry commenting on an old post. This may help someone.

At my house “xxxxxxxxx-mysimplelink” is my Ring Doorbell.

Maybe you may have a Ring device such as their cameras or doorbell and this is how it appears on the network.

I believe blink may be using the same wifi chip?

Hello,
I have found that is what allows my LUX thermostat to have internet access. So it is probably an integral part of some camera/doorbell/thermostat or maybe even a smart appliance that allows it to connect to your router.